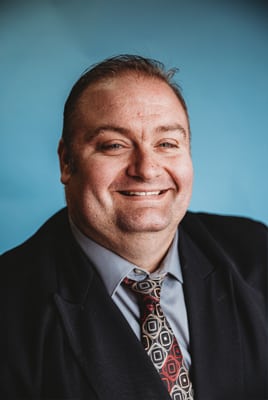 Bro. Craig attended Metro Baptist Church until he was in 7th grade when his parents moved and he then attended and graduated from Berean Baptist Academy in Adrian, MI in 1996. He then went on to attend and graduate from Hyles-Anderson College in 2003 and received his Masters Degree in 2013.

Bro. Craig began working at MBC as a teacher in Metro Baptist Schools in 2011. He continues to teach plus is now the bus director. He has been on staff for 8 years.
Bro. Craig and his wife Paula have been married for 16 years and have 6 children, Aaron, Amanda, Adrienne, Andrew, Adam and Alan.

Bro. Todd and his wife Katie have been married for 9 years and have 3 children, Brady, Paisley and Gracelyn.

Bro. Humble is Metro Baptist School’s Administrator. He joined our staff on August 1, 2017.
He and his wife, Misty, have 4 children: Jimmy (Married to Joanna), Kenzie, Spencer and Jeremy.